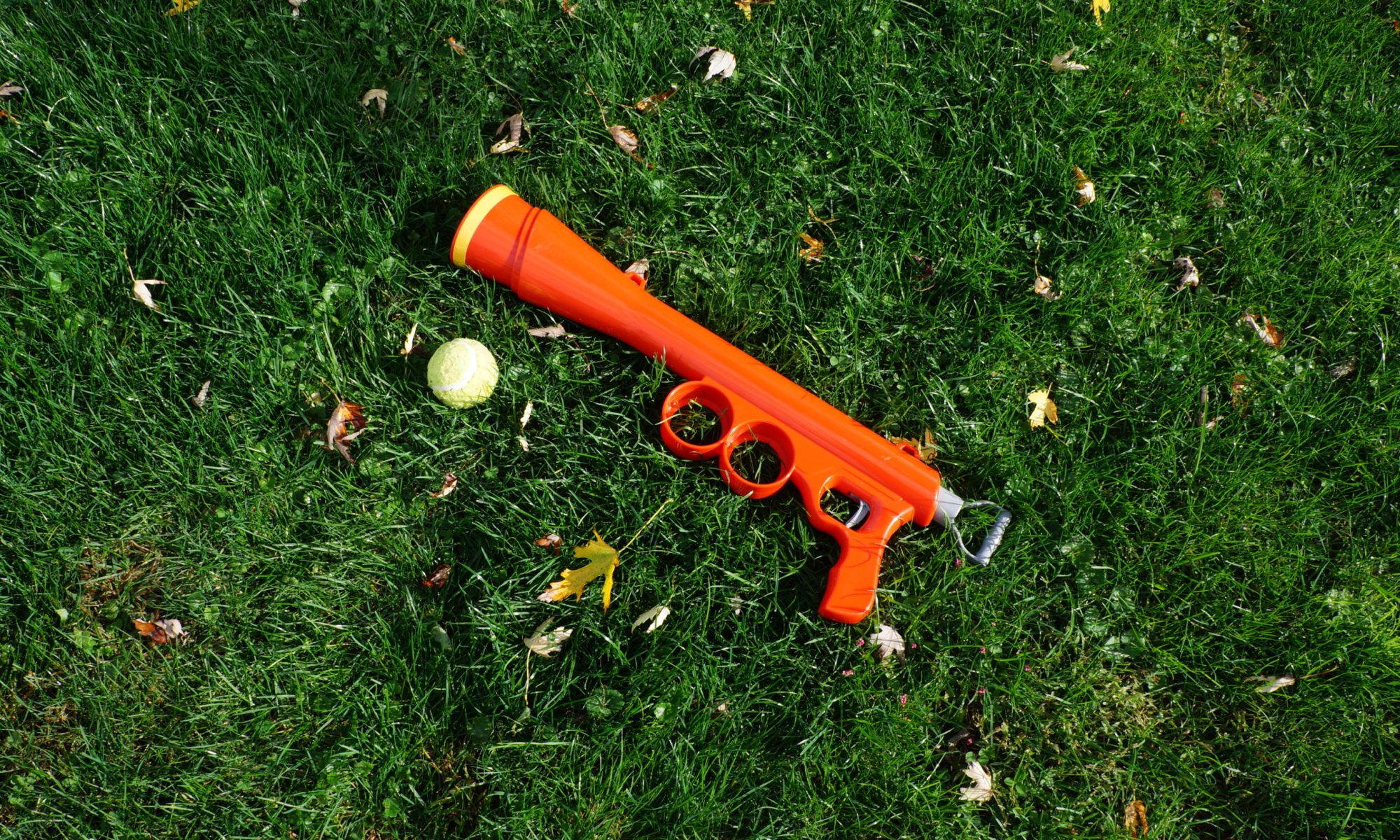 This article contains affiliate links, which means we may receive commission at no cost to the consumer on sales of those products or services featured.

I love balls!  Big balls, little balls – any kind of ball!  But, is a ball launcher good for dogs?  Does it matter to the dog how the ball gets airborne?  Or how far it travels?  Or is this just something that makes fetch easier for the pet owner?

Ball launchers are beneficial to both dogs and their owners.

But, no matter what kind of dog you have or what type of ball launcher you use, paying close attention to the ball catching activity is important for the safety of your pet.

What Is A Ball Launcher?

A ball launcher, also known as a ball thrower or shooter, is something designed to get a ball into the air for a dog to catch.  There are different kinds of ball launchers, but essentially, they all do the same thing.  They get the ball into the air giving a dog the chance to run, catch the ball, and return it.

Is A Ball Launcher Beneficial to Dogs?

A healthy dog likes to play and an invigorating came of fetch can keep them healthy and active.  However, like everything else in life, too much of a good thing can be ill advised.  At any age, it’s best to limit physical exertion to a few minutes at a time.  Too much forceful running can be harmful even to a young animal.

Personally, I have a tendency to run and then look where I’m going.  In addition, the neighbor’s fence?  I’m always surprised how much it hurts when I slide right into it.

The ball thrower can offer your dog hours of energetic fun, but it’s up to the human to learn the limits for their pet.

Tips For Selecting A Ball Launcher

Ball flingers require significant effort on the part of the person throwing the ball.  They come in a variety of styles and designs but they do the same job.  The human puts the ball into the hollow and slings the ball outward.  They are inexpensive, easy to travel with, allows no-hands pick up of the ball and can send the ball twice as far depending upon the force put into the throw.  The down side of the flinger is the amount of physical exertion needed from the pet owner to repeatedly throw the ball.

A ball shooter looks like a toy gun that shoots a tennis type ball into the air.  The human pulls back the spring, pushes a ball into the chamber and pulls the trigger to send the ball about 50 feet into the air.  The shooter costs a little more than a flinger but it’s far easier on the human shoulder.  They are easy to travel with and require no batteries.  And, shooters also allow for no-hands pick up of the ball.

A ball launcher is the most sophisticated of the styles on our list.  The launcher requires batteries and almost no human interaction.  The launcher sits on a firm, level surface and launches a ball at regular intervals. Unfortunately, automated launchers cost significantly more than a flinger or a shooter.  Some models can be set to throw between 8 and 30 feet with an automatic timer for shut off after about 15 minutes.  If you want a launcher that will keep your dog occupied without human interaction, take the time to train you pet to catch and put the ball back into the launcher.  However, automated launchers might not be the best choice in homes with small children or dogs who are not easily trained.

If keeping your pet well exercised and entertained while applying minimal physical exertion to the owner is important, the ball shooter is an excellent choice.  But, no matter which style you choose, remember to set limits for your dog:

Better Living Magazine is a participant in the Amazon Services LLC Associates Program, an affiliate advertising program designed to provide a means for sites to earn advertising fees by advertising and linking to Amazon at no cost to the consumer. When you click on affiliate links, we may receive revenue from qualified sales.